Brian Palmer, CEO of Cello Electronics, has been awarded Small Business Entrepreneur of the Year for the North East region, in the Natwest Great British Entrepreneur Awards. 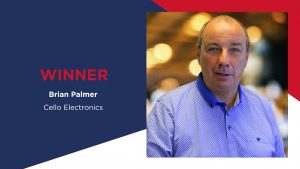 The awards celebrate the hard work and inspiring stories of entrepreneurs. This year is the first time a dedicated regional final has been held in the North East.

Brian founded Cello, the only British manufacturer of LED TVs. In 2001, with a clear vision to develop a range of affordable TVs to appeal to a variety of audiences without compromising on quality.

Over the last 18 years, Cello has produced more than two million TVs from its factory in the North East of England and employs between 50-80 people in the region. On average, Cello manufactures 200,000 TV’s every year and has a turnover of more than 20 million.

Cello has led the UK market with TV technology, from smart TV development with the introduction of the iViewer in 2011, to the launch of the world’s first solar-powered TV in 2016, helping those in Africa who have no access to electricity.

Brian Palmer, CEO of Cello, comments: “It’s an honour for Cello’s achievements in manufacturing and technology development to be recognised among outstanding competition. I am very lucky to have the support of a passionate and dedicated team who have been fundamental to Cello’s success. Quality and care are at the heart of everything we do, and we take pride in being a British brand that provides affordable products to our customers around the world.”

Francesca James, founder of the NatWest Great British Entrepreneur Awards, said: “It’s the first time we’ve held a final for the North East as its own region, and it has been fantastic to see the quality of entrepreneurs in the area. I want to congratulate all of our winners in North East and wish them the very best of luck for the National Final in November. With over 3,000 entries this year across the UK, it really is a great achievement in itself to get to the regional final.” 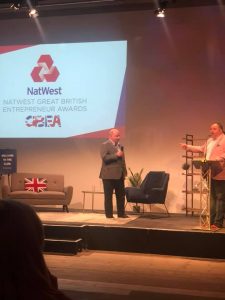 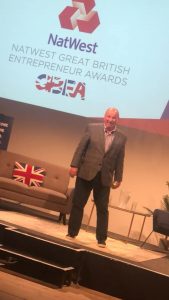 This website uses cookies to improve your experience while you navigate through the website. Out of these, the cookies that are categorized as necessary are stored on your browser as they are essential for the working of basic functionalities of the website. We also use third-party cookies that help us analyze and understand how you use this website. These cookies will be stored in your browser only with your consent. You also have the option to opt-out of these cookies. But opting out of some of these cookies may affect your browsing experience.
Necessary Always Enabled
Necessary cookies are absolutely essential for the website to function properly. This category only includes cookies that ensures basic functionalities and security features of the website. These cookies do not store any personal information.
Non-necessary
Any cookies that may not be particularly necessary for the website to function and is used specifically to collect user personal data via analytics, ads, other embedded contents are termed as non-necessary cookies. It is mandatory to procure user consent prior to running these cookies on your website.
SAVE & ACCEPT

All Cello products are available from the following stockists:

The following stockists may not always have a full range of Cello products:

For more information call our helpline on:

CHOOSE YOUR TV
WHERE TO BUY